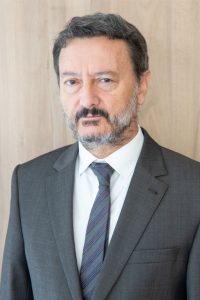 Professional Experience:
Practicing Law since 1981.
Both on a national and international level, he has acted as, among others, Adviser and Secretary of the Attorney General’s Office in Lima, President of the “Directorio del Fondo Nacional Indemnizatorio de Errores Judiciales y Detenciones Arbitrarias” (Directorate of the National Indemnity Fund for Judicial Errors and Arbitrary Arrests), Advisor to the Ombudsman assigned to Human Rights Office of the Public Prosecutor, Director of the Human Rights Commission of Lawyers without Borders.
He has also collaborated directly with the United Nations and the United States Agency for International Development.
He joined Bufete Trias de Bes Abogados Asociados as a Senior Lawyer in 2002.
Organiser, director and speaker at a number of seminars and courses, both national and international, specialising in Human Rights and Legal Certainty. He is, at present, teaching Law.
He has been an associate lawyer with TBVQ Abogados since 2017.